Ten signs your marriage may be over…

This article was originally published in Life Hack in March 2021. Head over there for the live version 🙂

Two years ago, I left my husband. I woke up one day and decided that I’d had enough of the aggression, the constant arguing, and the merry-go-around of hearing that things would change but never seeing them actually change.

I was a couple therapist, so I had a lot of ambivalence about doing what was right for me and my children, partly because I feared the judgment of society that screams that divorce is nothing but failure, and partly because I felt a sense of guilt.

Was I doing the right thing? How did I know? Was I sure that nothing would ever change? Who would look after him?

It took a lot of soul searching for me to realize that despite what Romance books and their movies counterparts might show, relationships are complex, and there may come a point where the risks of staying together outweigh the benefits.

Now, one may say but ‘surely you saw it coming? Surely, you didn’t literally wake up one day with the idea that today was the day?’

That’s true. In actual fact, according to research, and as highlighted in an article by Divorce Mag,[1] women generally have decided on their exit plan up to two years before they action it, often leaving their partners feeling blindsided. It is a mix of noticing signs that their marriage has been over for sometime, having a gut feeling that they’re ready to move on, or simply that the roads of that relationship don’t all lead to happiness.

So how does one know whether a couple should work on strengthening their relationship or that it is time to move on?

That’s a very good question, and a very important one to ask. The next important question though to ask ourselves what kind of relationship we want to be having.

Regardless of what relationship someone’s in, there are some very clear signs that it has expired its healthy stage, and that perhaps it is time to move on. Here are some of these for you to consider:

There are lots of things that couples can, and should, negotiate. Having differences is not a bad thing, however in my experience, there are some temperament and values, that over time, can remain incompatible.

For example, picture a couple with an introvert partner married with an extrovert spouse who needs to invite friends over every night. A partner who hates any type of physical activity, with one who loves hiking every weekend. How quickly do you think their temperament may become an issue?

I’m not saying that negotiation doesn’t have a place, and it does, but this goes deeper than this. It’s about looking for the signs that from the get go, that particular relationship might have been built on fundamental differences.

Unfortunately, intimate partner aggression is a major issue and a sign that perhaps it is time to move on. Now, some partners are willing to change, but not able. Other times, they’re able, but not willing.

The statistics around intimate partner violence are scary.[3] More often than not, these stats discuss the risks to women, as women as five times more likely to be abused by a male partner, but it’s not to say that men can’t be the recipients of abuse as well.

Both genders can be the victim of aggressive partners, and either way, people in this situation should consider it as as a sign that it might be time to move on (or seek professional support to do so safely).

3. Lack of Communication, Negotiation, and Compromise

Both in my personal and professional life, I found that when one or both partners stop using manners, talk with a tone that speaks volume, or a body language that serves to intimidate, it can be a sign that the marriage got to a point where it is time to get some serious relationship coaching, or move on.

The same applies to partners no longer able to negotiate and compromise on important aspects of their relationship. Now, this last part is quite telling. There’s no law that says we have to commit to compromising everything for the rest of our lives. We actually don’t. I certainly didn’t want to anymore, but it says a lot about where our head’s at when it comes to being in a relationship at all since all types of relationships will have some forms of compromising.

Goals may include things like going a trip somewhere, buying a house, or having children. It doesn’t really matter, as long as there are some commonalities as to what both partners would like their lives to look like in five, ten, and thirty years’ time.

Consider the direction that your relationship has taken. Do you recognize its direction? If not, consider what you’d like to do about it. You may want to get a bit of help from this article: How to Set Marriage Goals That Make Your Relationship Stronger

5. Lack of Equality in Chores, Work, and Decision Making

Now this is one that I feel is important. Regardless of what your contribution might be in the relationship; whether you are staying home to raise children, working overtime to pay bills, or you’re alone in making all the decision, all the above will impact on how you feel within your relationship.

For example, as a married mother of five children, I found myself wondering why I was working four jobs on top of parenting, and having to make and organize 100% of the family’s decisions. Things like buying cars, choosing kids’ schools, and ensuring our finances were on track were things I found myself doing alone. Heck, I even found myself alone choosing my daughter’s coffin and burial plot, and it was only two years ago that I asked myself… Is this normal??

The answer is no. It is not normal to find yourself in a relationship where you don’t feel like you can share, discuss and/or negotiate roles, jobs, and responsibilities with your partner. If you are in this situation, I’d advise seriously talking about it.

As a couple therapist, I often will use valuable resources from the Gottman’s institute. This article on the four horsemen[4] and their antidotes is a good one to consider here.

When a relationship has begun to use contempt, criticism, defensiveness, and stonewalling more than they are using respect, love, and empathy, we have ourselves a problem. Of course, couple therapy can teach couples about these and assist them in addressing them, IF the couple is willing, and able to undo the damage that these have caused.

But sometimes, these behaviors are so ingrained that they are hard to undo. When these are present on a daily basis, perhaps it is a sign that it time to move on to a healthier relationships one way or another.

As an accredited sexologist, I see this quite often. Couples who haven’t had sex in decades, literally, wondering why they no longer feel connected. Interestingly, men feel closer to their partner after they have been sexually intimate, while women need to feel emotionally connected to feel like sex (although I acknowledge that this is very stereotypical and may not apply to all couples).

So, when couples enter through my door, not having had a fulfilling sex life in years, work needs to be done in exploring why. Health issues? Performance issues? Emotional connection issues? Time, parenting, or other practical issues? You get the gist.

Sex is an important part of a relationship and if a couple is disconnected, not attracted to their partner, unable to sexually relax, or simply not interested in having sex together, it may be safe to say that this relationship is more of a friendship (at best) rather than an intimate one.

While a sexologist may be able to help, combined with the other red flags, lack of a sexual life could be a sign that your marriage may be over.

You find yourself staying back at work just to avoid the tension the second you walk through the door, and/or look for any excuse to be doing overtime, volunteering with the neighbours, or simply to be engrossed on your computer, phone, or Ipad.

The second you find yourself dreading returning to your house, getting a dose of anxiety as your drive around the corner, or feeling like you’ve entered Alaska as you pass the threshold, you may be onto something.

9. You’re Ready To Move on To Someone Else

This may not apply to non-monogamous couples, however if you identify as a monogamous person, finding yourself (or your partner) interested in someone else, considering moving on with a different person, or sharing your thoughts and emotions, facts you used to tell your partner, with someone else, you may be outgrowing your relationship.

Clearly, having clear and transparent boundaries in your couple may help with this, but visualizing your future with someone else is just one of many signs that your marriage may be over and worthwhile reflecting on.

10- You Can’t Move Past a Betrayal, Mistrust, or Relationship Trauma

All relationships go through a level of trauma and difficulties, however some couples go through these more than others.

For example, ongoing lies, ongoing mistrust, betrayals, and other traumatic events can damage the relationship. With good therapy, couples can recover from trust issues as discussed in this article How to Overcome Trust Issues in a Relationship (And Learn to Love Again).

However let’s be real… It’s hard to recover from these when they keep happening or your spouse just doesn’t get, or care about how you feel. Some relationship damage is just too deep. Whether this applies to you, or not, only you and your partner can decide, but it’s certainly something to think about.

As a relationship professional, I do genuinely believe that most couples can work on these if they choose to. What I learned in my growing wisdom is that it is also okay if a person decides that they no longer want to work at it, as long as they understand the implications and can make an informed choice.

A healthy separation is better than a bad marriage. Accept that divorce isn’t a failure, but rather, the maturity to acknowledge that our needs have evolved and we are strong enough to step outside the present to look ahead to the future.

I know I am. What about you? 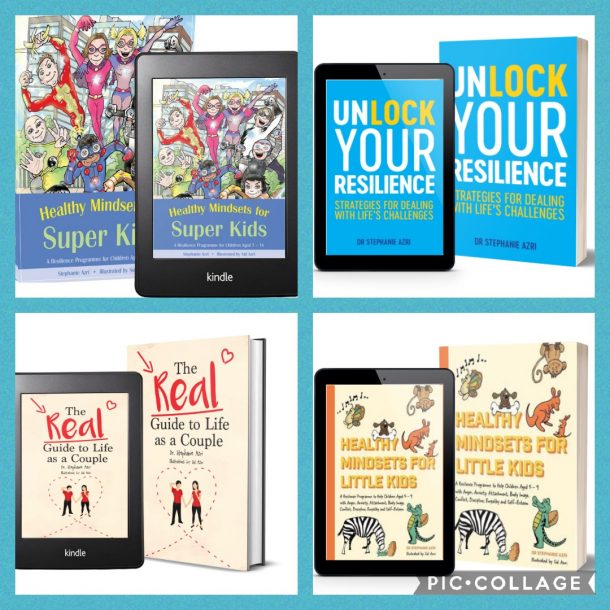 Let me support you

Subscribe to my newsletter for free resources, book chapters, and general positive psychology news. I promise not to spam you!

You have Successfully Subscribed!